Greece is to host the WTC2023 for the first time after winning by 33 votes to 14 in a head to head with Turkey at an Extraordinary General Assembly held by the ITA (International Tunnelling and Underground Space Association) on 10 Feb 2021. 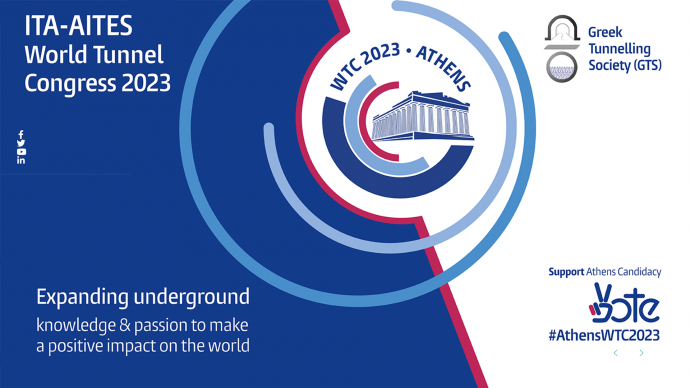 Since 2015, the international competition "the ITA Tunnelling and Underground Space Awards" seeks and rewards the most ground-breaking innovation and outstanding projects in tunnelling and underground space use. 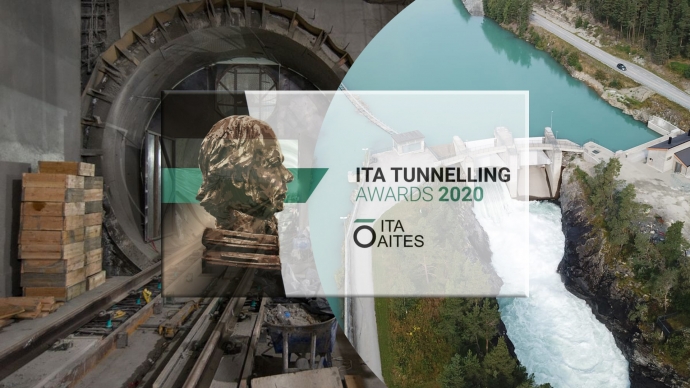 The health and safety of our colleagues is of the utmost importance to the ITA and IEM (the Malaysian Tunneling Technical Group - ITA Member Nation in Malaysia). 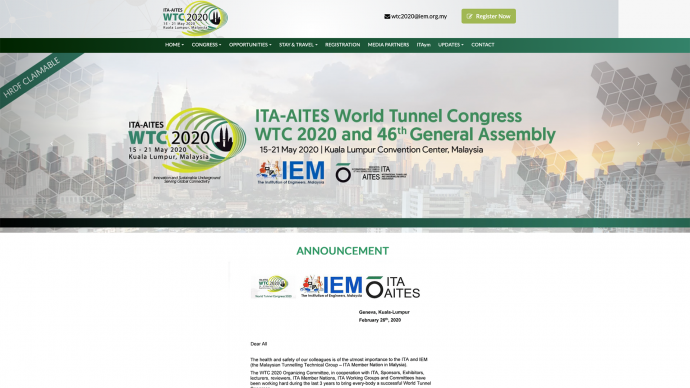 ITA-AITES reports: Since 2015, the international competition "the ITA Tunnelling Awards" seeks and rewards the most ground-breaking innovation and outstanding projects in tunnelling and underground space use. This year the event took place in Miami in conjunction with Cutting Edge Conference of UCA of SME. After editions in Hagerbach (Switzerland), Singapore, Paris (France) and Chuzhou (China), the fifth ITA Tunnelling Awards moved to the United States of America for the 2019 event. The four previous editions of the ITA Tunnelling Awards received 333 entries and 139 nominations, rewarded 41 projects and personalities and gathered almost 1000 attendees. 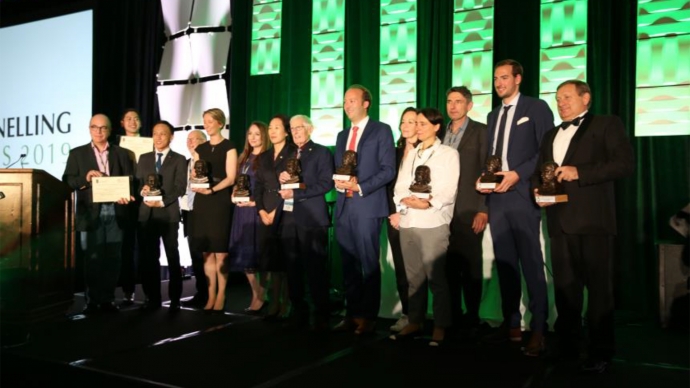 ITA and IEM hereby jointly announce that WTC2020 in Kuala Lumpur, Malaysia scheduled from 11th to 17th September 2020 will be moved to a fully digital platform due to the impacts of COVID- 19, including border restrictions and health risks associated with international travel and the assembly of large meetings. 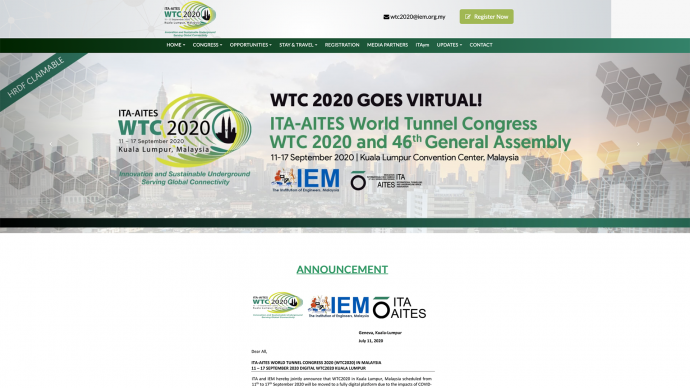