Standardization of tunnels on the agenda

Society is built on standards, and standards promote innovation! When everyone in the industry uses the same starting point - a common standard - then good practice can be implemented more easily, which in turn makes it easier to build our society in a safe, sustainable and profitable way. 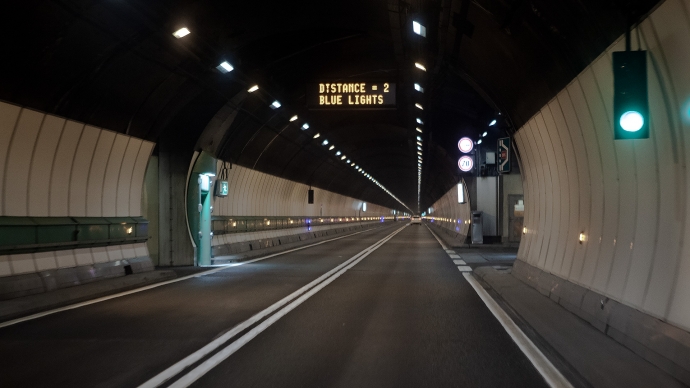 Lund University and SINTEF independent research organisation, are conducting a survey in which they seek attendees. In the experiment, the subjects will move in a computer-generated environment and the study is investigating human behaviour in a road tunnel where different incidents can occur. 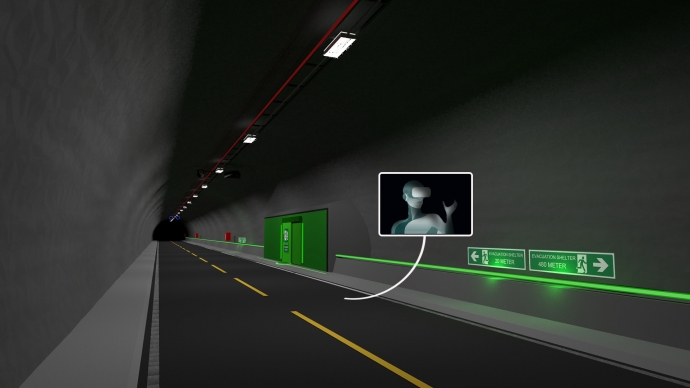 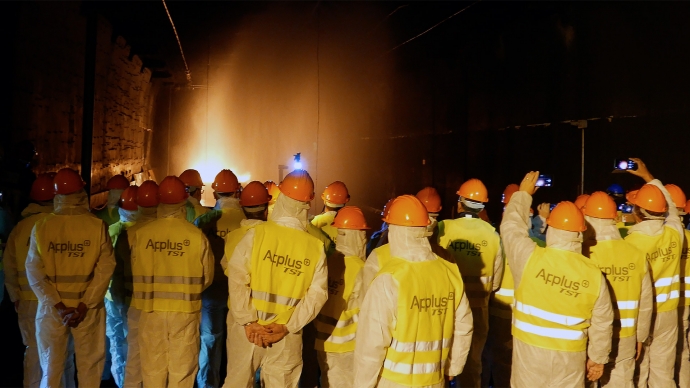 Dramatic scenes with flames, smoke and a long tunnel will be a new Norwegian action film with a budget of over 3 million Euro. In recent years Norway have experienced several major tunnel fires that could quickly turn out to be disasters, with many killed. A real scenario well suited for an action film, they say. 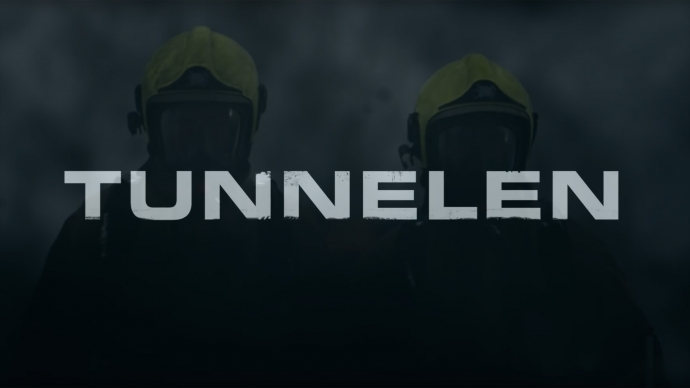 The increased use of new energy carriers in subterranean spaces will break new grounds in terms of public safety. The SUVEREN project investigates physical phenomena that may occur in connection with the use of new energy carriers, and will investigate the fire behavior of electric batteries and gas pressure vessels as well as composite materials installed in vehicles. 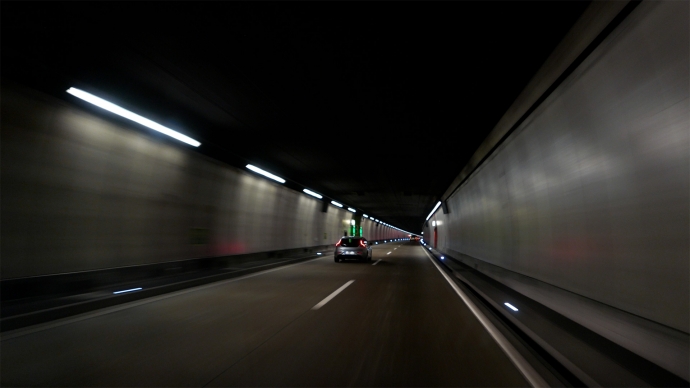 The International Fire Academy is the training partner of the Swiss Federal Roads Office (FEDRO) and Swiss Railways (SBB), and to many fire brigades and fire service authorities in Europe. A team of experienced experts delivers the Swiss tunnel deployment training course using a educational methodology training concept. In the two tunnel training facilities in Balsthal and Lungern, trainees can apply the knowledge they have acquired in realistic scenarios. 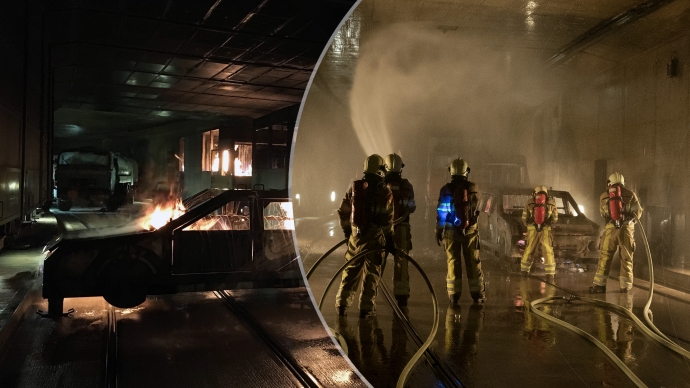 Database with 76 important road tunnel fires (end of the page). 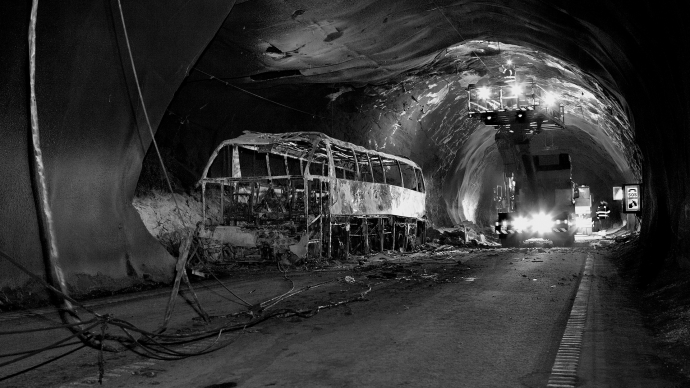 A literature survey seeks to acquire and compile knowledge that can enhance self-rescue for people in a critical situation during a tunnel fire in long bi-directional single tube road tunnels. 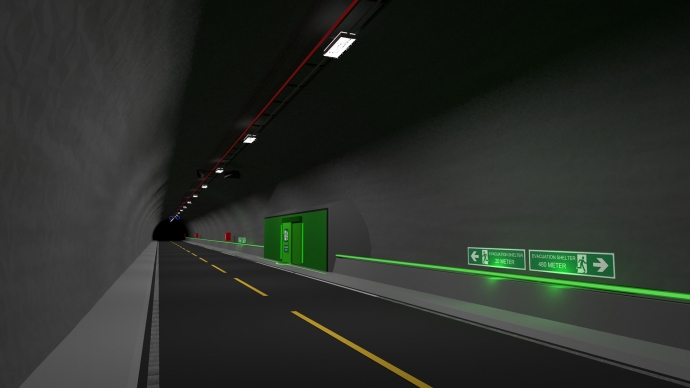 Holistic thinking and interdisciplinary understanding is central key concept for the Norwegian tunnel education. Emphasis is placed on how the operation and maintenance are better able to set the agenda in the planning and construction phase. The program also focuses on how the planning process affects a good product. 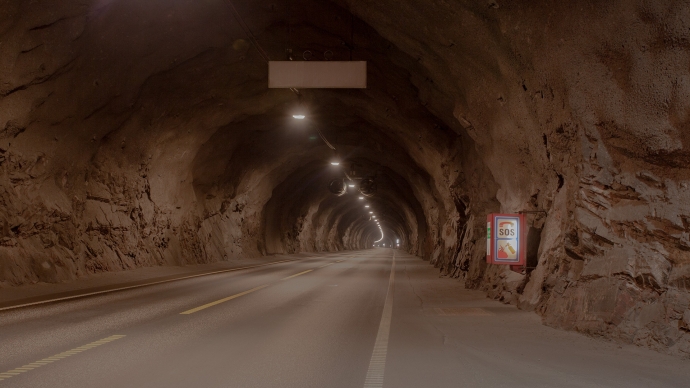 A similar fire to the serious fire in 2011, occurred may 2017 in the Oslofjord tunnel. This time the extensive self-rescue measures that was installed in 2011, worked perfectly and consequences on road users became modest. Installed safety systems and self-rescue rooms seem to have contributed to this. 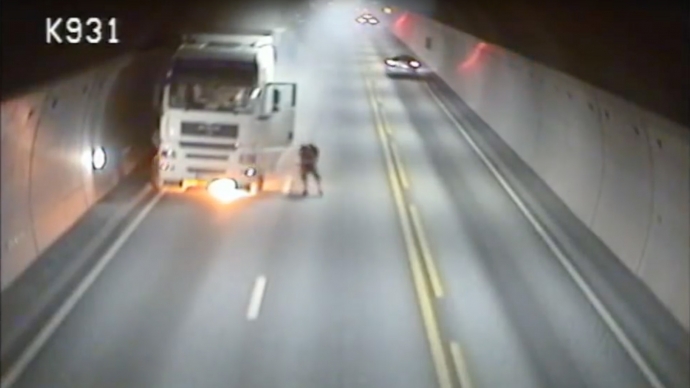 Gaseous fuels and electric vehicles pose new risks to road tunnels. It's important to know how to deal with these new challenges, says SP Technical Research Institute of Sweden (SP) in this research. 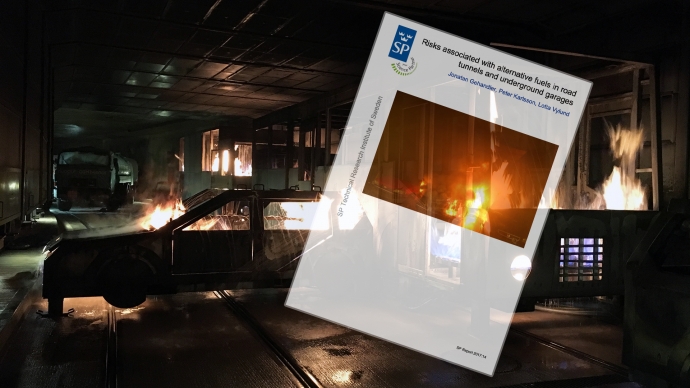 ITA-CET - Committee on Education and Training

ITA-CET’s role is to promote education and training throughout the tunnelling and underground space association and assist its coordination. Through its actions, the International Tunnelling and Underground Space Association Committee on Education and Training (ITA-CET) foundation contributes to identifying current training requirements around the globe and providing education and training opportunities to student engineers and young professionals eager to make a career in the industry. 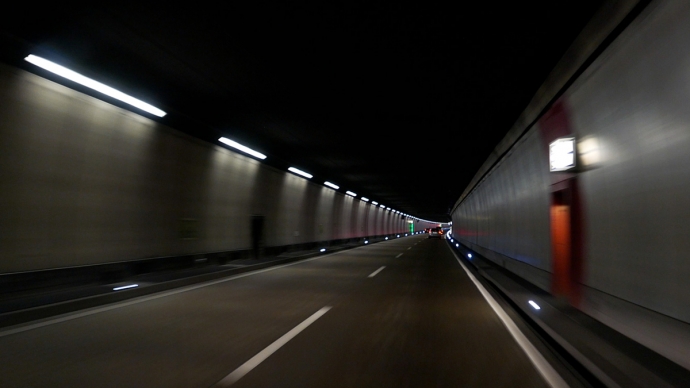 Tunnel initiatives postponed due to COVID-19

Over the last weeks, COVID-19 “Coronavirus” has become a global topic of concern and the organizing committees in all international tunnel initiatives the next month has decided to postpone the events, after carefully monitoring the situation. 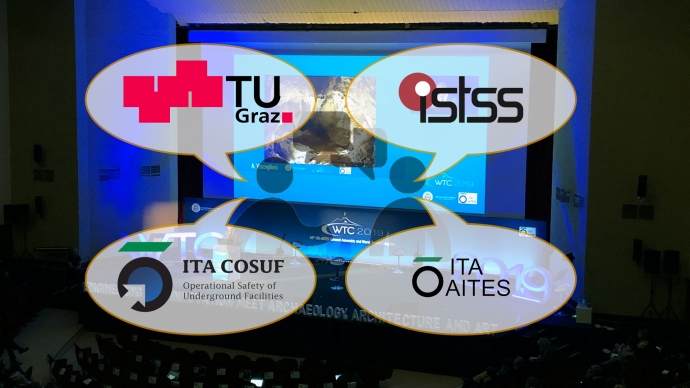 Major investment in road projects the next 12 years

May 2021: The Australasian Tunnelling Conference

A test of a more complex robotic mobile fan in the International Fire Academy in Balsthal, Switzerland, impressed u… https://t.co/AIsGtH2ojJ

We are looking forward to the new film The Tunnel, and also all the discussions that will be raised as part of the… https://t.co/mKBLomQXSL

New strategies for ITA presented in Dubai https://t.co/VhZyqCCWo8 via @tunntech

Cooperating to improve tunnel operations and safety https://t.co/Koi6YVOwEK via @tunntech