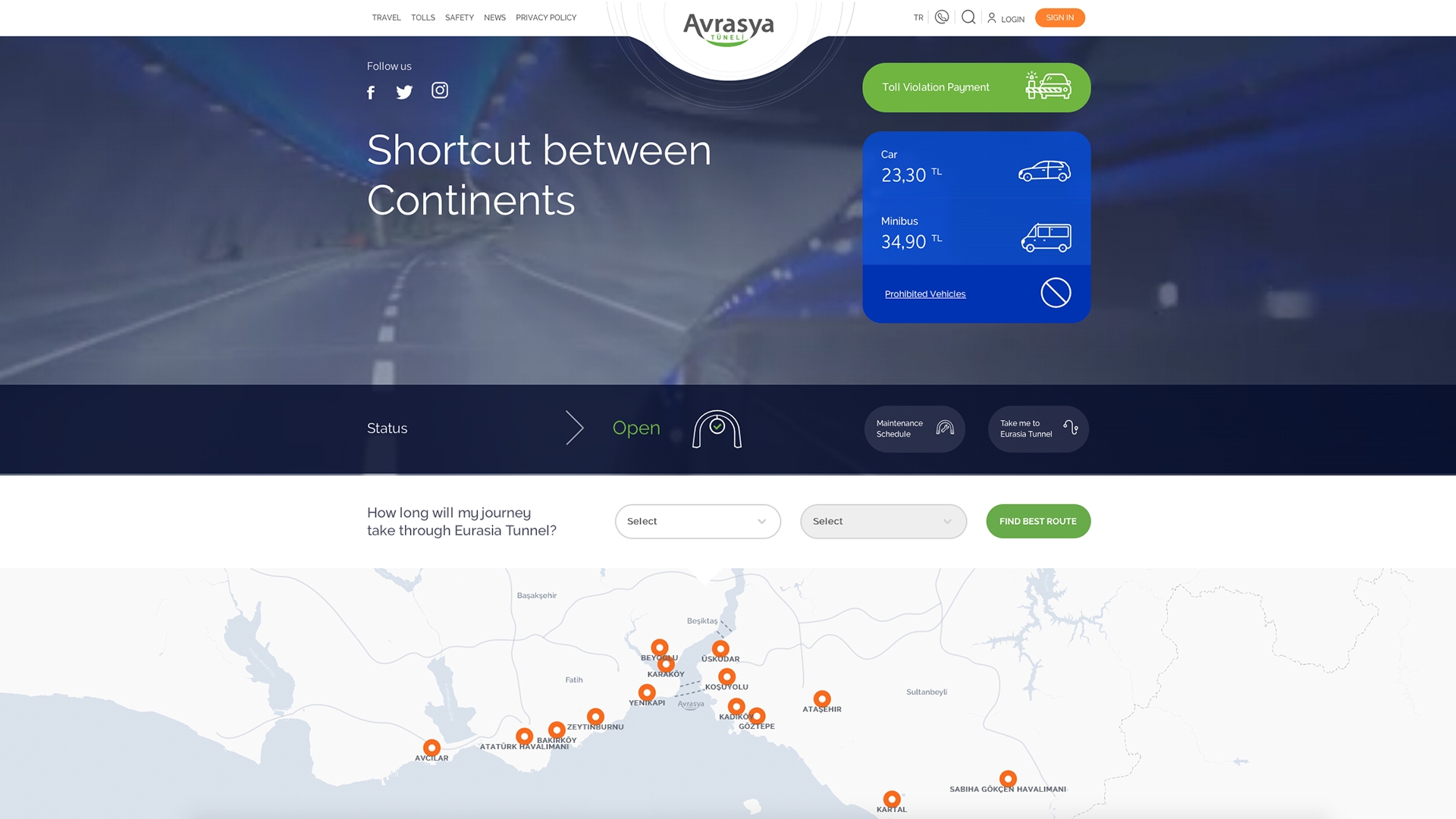 By
Arild P. Sovik Asia 2017-10-17 Hits: 2093
The Istanbul Strait Road Crossing (The Eurasia Tunnel Project) opened up 20th December 2016 and the connection is located between Kazlicesme and Goztepe. The connection is a 14.6 km route that includes a 5.4 km twin deck tunnel (subsea) that cross the Bosphorus. The Eurasia Tunnel is designed to ease the present crosscontinental traffic, providing an alternative road link to traverse the Bosphorus.

The construction is a 5.4 km, two deck road tunnel with two lanes on each deck, a toll plaza and an administrative building on the western end. There is also ventilation shafts on both ends of the tunnel.

The Eurasia Tunnel is designed to allow the passage of only light vehicles (automobiles). Neither heavy vehicles including all commercially licenced vehicles and two wheel vehicles (motorcycles, bicycles) nor pedestrians are permitted in the tunnel.

In order to ensure perfect safety in the Eurasia Tunnel, very comprehensive and integrated safety measures have been taken. A large team of public staff is ready to help in case of an emergency, fire-resistant emergency rooms, accessible at 200-meter intervals, allow passage between the decks, and specially designed patrol vehicles and motorcycles for the tunnel, as well as intervening in all kinds of accidents in the tunnel, are some of the measures in the tunnel.

Korean Society of Civil Engineers (KSCE) awarded the “2017 Building Prize of the Year” in Golden Category to Eurasia Tunnel. As the eighth international prize given to Eurasia Tunnel since its financing and building stage.