Only one offer on 26.5 km subsea tunnel 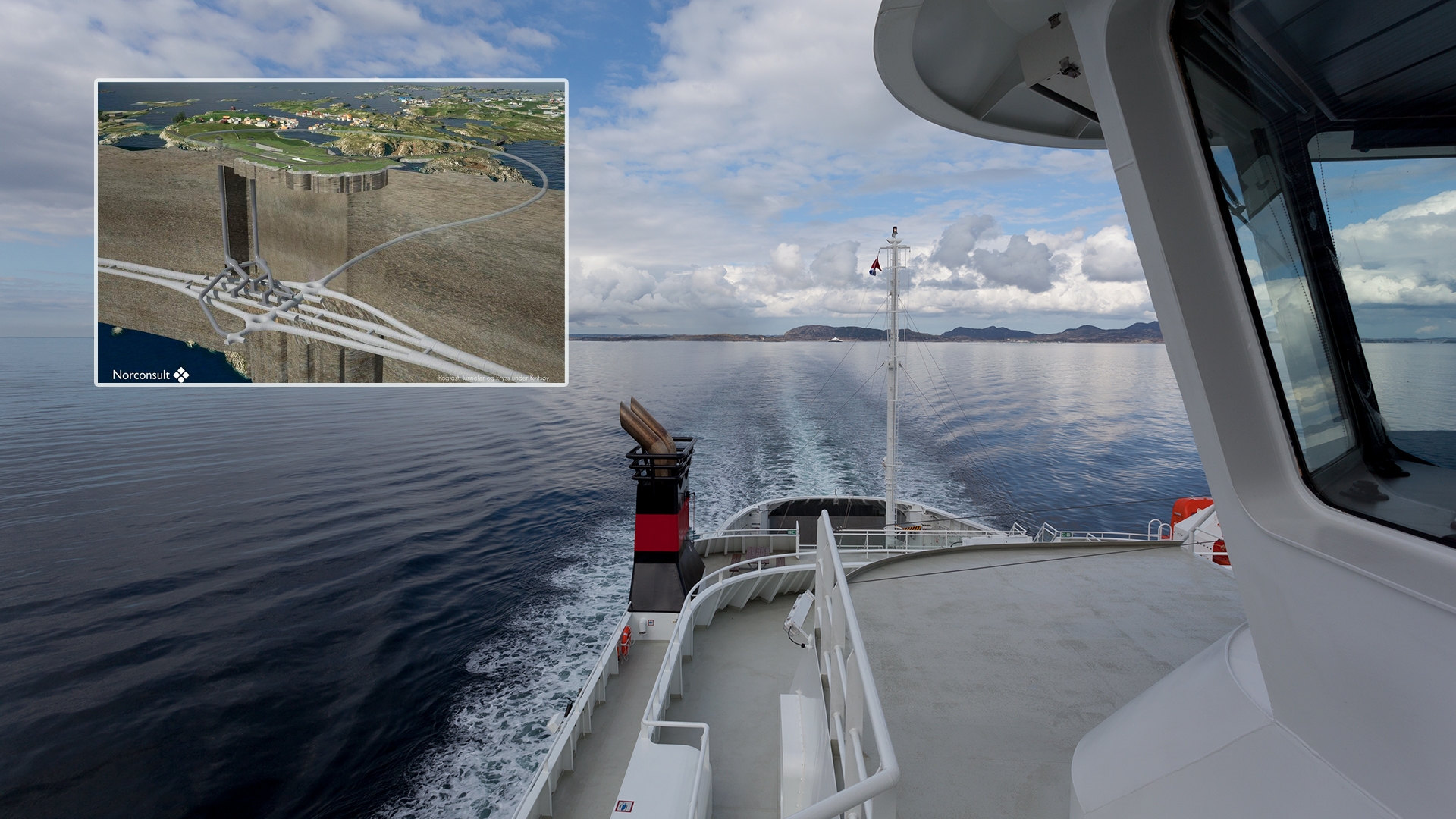 By
Arild P. Sovik Europe 2019-07-11 Hits: 1471
The Kvitsøy contract is described as the most technically challenging of the three Rogfast contracts to be announced. There will be a 20.6 km tunnel, 4.5 km of road and five new bridges on Kvitsoy, and in addition two 250 meters ventilation shafts with a diameter of ten meters drilled down to bthe main tunnel under Kvitsoy (illustration: Norconsult/ Statens vegvesen).
The Rogfast tunnel will be the the longest and deepest road tunnel (subsea) construction in the world. The part to be built represents the middle third of the main tunnel in the Rogfast connection. When the tender was presented earlier this year, the Public Road Administration estimated a total of between three and three and a half billion for the Kvitsoy contract. The offer exceeds this price by approx. NOK 1 billion.

The Government has submitted proposals for the development and funding of the E39 Rogfast project for the Storting.

The Parliament (Stortinget) adopted the project on 23 May 2017. In the autumn of 2017, the first tenders was announced and contained preparation works and construction of access tunnels and the tunnel (ramp) to Kvitsoy.

The state's share has increased significantly from the original proposal of approx. NOK 2.5 billion, and now entails government funding totaling approx. NOK 5.1 billion. NOK 1.6 billion of these come from the government to reduce toll levels. In addition, the Government proposes that the state should increase up to 1.3 billion more if there are cost overruns, to ensure that motorists do not get increased bomb rates. So far, the first tender indicates a significant increase in cost in this huge mega project on the west-coast of Norway.

The Rogfast tunnel starts in Harestad (south) to Arsvagen (in north), and will be over 25 kilometers long. E39 Rogfast is an important step in the development of the coastal road between Kristiansand and Trondheim. E39 coastal road is part of the overall transport network in the country. The coastal road is about 1000 km. This represents one-seventh of the total main road network in Norway.

The tunnel will replace a long and vulnerable ferry line. When Rogfast is in place, the journey time between Stavanger and Bergen will be reduced by about 40 minutes. At the same time it will facilitate an expanded business community in the region, which strengthens important business clusters.

The tunnel will be longer than the Solbakk tunnel (Ryfast), that will open soon and will in a short time be the deepest in the world. The lowest point in the Rogfast tunnel will be about 360 meters below sea level!

Norwegian Public Roads Administration has determined that Rogfast be built with a maximum of 5 percent incline up to Arsvagen instead of 6 - 7 percent as previously planned. Maximum 5 percent slope means that the tunnel will be about 1 km longer. Early calculations in design phase indicates that the desicition made the tunnel approx. 400 million NOK more expensive.

A main safety challenge linked to long tunnels is the effect of monotony which can reduce motorists ability to determine speed and distance, and also cause drowsiness.

"To avoid monotony the tunnel will have dedicated sections with expended space where illumination will create more variety and visual stimulation for the motorists", said the project manager Tor Geir Espedal.

The tunnel is one of the most complex road tunnels in the world and the safety strategy also have to take into account that there will also be bi-directional traffic in one tube when one tube is closed down due to incidents, operations, maintenance, upgrades and rehabilitations.

The project have to take into account that the tunnel will replace a ferry line. Diversions on other road networks in case of closures, may take several hours driving time. Closures can therefore cause significant economic consequences for the society and for the west coast region, if the tunnel is not designed to handle incidents, operations, maintenance and future upgrades and rehabilitations.