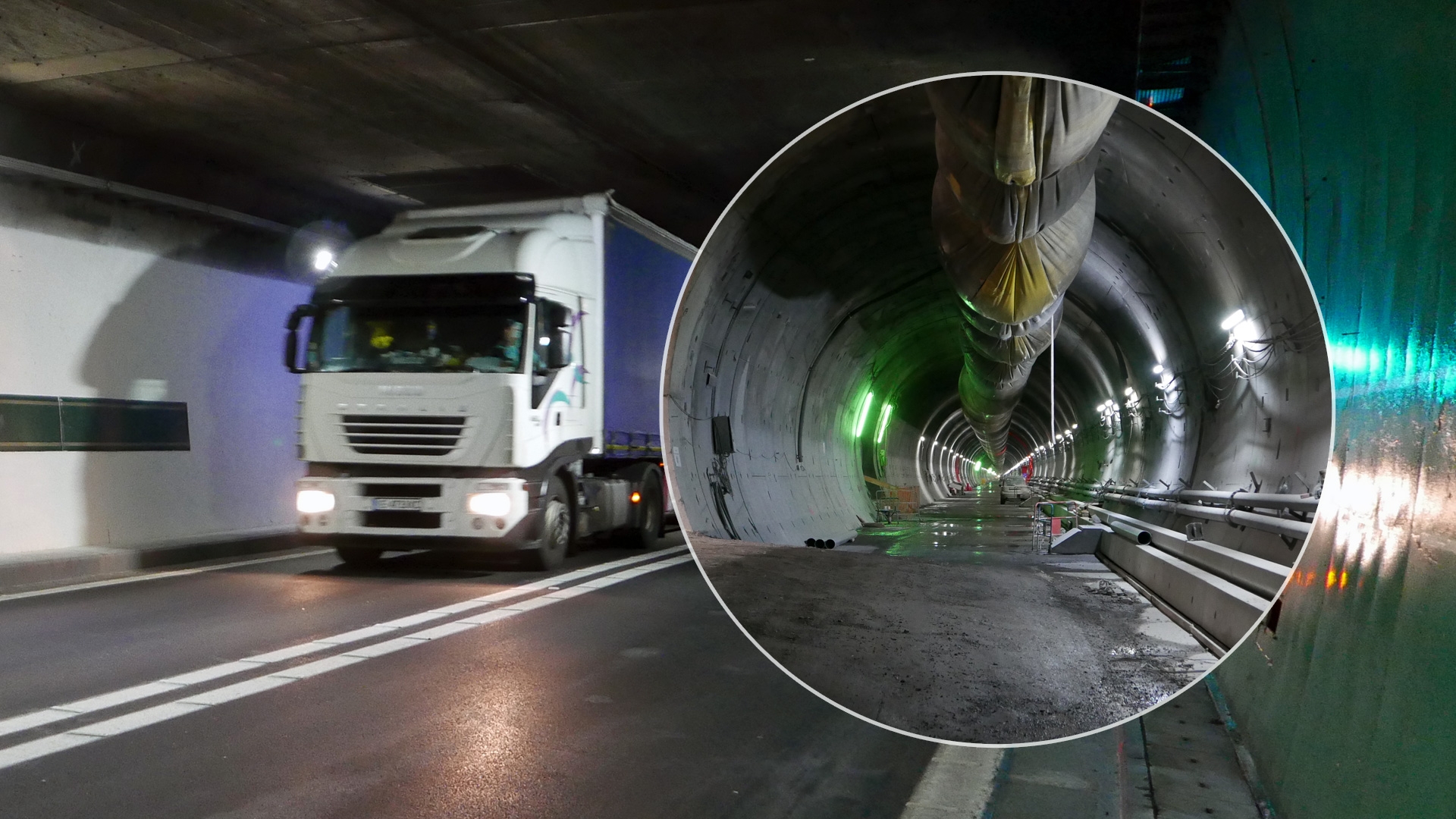 By
Arild P. Sovik Europe 2018-10-10 Hits: 1437
The Fréjus Road Tunnel is a bidirectional single tube tunnel that connects France and Italy and runs under the Cottian Alps between Modane in France and Bardonecchia in Italy. The tunnel represents major challenges when it comes to tunnel safety, not at least because of the steep climbs up to the tunnel, and most of the 200 professionals working in Fréjus tunnel are taking care of public safety on a daily basis. Opening up a second tunnel tube for traffic will improve safety significantly for this high-risk tunnel between Lyon and Torino.

The Fréjus tunnel is part of one of the major trans-Alpine transport routes between France and Italy and are being used for 80% of the commercial road traffic. 40% of the total traffic through the tunnel are heavy goods vehicles (HGVs), and the high number of HGVs do represent a higher risk for tunnel fires, and is overrepresented in the statistics of fire in road tunnels, especially for tunnels with a steep climb before or in the tunnel. In June 2005, a fire caused casualties and closure of the tunnel for traffic for several weeks. The tunnel has also been briefly closed due to non-fatal fires in 2007, 2010, and 2014.

The construction of the 13 km long tunnel started in 1974, and open for traffic in July 1980. The border between France and Italy are in the middle of the tunnel, and the responsible nations have had both construction, operation and rehabilitations separated, but in close cooperation. Tunnel operations are managed from the Traffic Control Center on the Italian side, and there is also a backup control room on the French side which can be activated at any time.

After the large tunnel fires in Europe in 1999, measures were taken to improve safety in Fréjus tunnel. The tunnel was equipped with incident detection systems and systems to detect speed of traffic, as well as fire and smoke. In addition to surveillance cameras, lower speed limit, and a safe distance of 150 m between vehicles was imposed. Necessary water supply for the fire brigade where also installed together with emergency shelters, equipped with telephones and loud speakers connected to the control room, installed with a separate ventilation duct to supply fresh air.

In 2004, the European directive on tunnel safety was issued, leading to the decision to begin construction of a parallell emergency gallery/tube at the end of 2009. This was to bring the tunnel into conformity with the obligation for all tunnels in the trans-European network to be equipped with safety shelters no more than 500 meter apart. The main objective of this operation was to increase the number of safety shelters from 11 to 34 by building connections to the emergency gallery every 400 meter on average. Safety shelters with a surface area of at least the regulatory standard of 50 m² are integrated into these connecting galleries. Later it was decided that this emergency gallery/tube will be open for traffic.

For the engineering part of constructing the second tube, a French and a Italian contract where announced. One single contract for the technical installations will make sure every system work properly, and includes upgrading technical facilities in the old tube. The second tube will be opened to single lane traffic (in the direction Italy-France), while the existing tunnel will also be operated for single lane traffic (in the direction France-Italy). The work with the technical facilities will start next summer.

A fire training centre on the French side of the tunnel enables trainees to learn and practice the specific intervention techniques for tunnels and other underground facilities. The technical infrastructure with a surface of 600 m², makes it possible to recreate several types of fire and scenarios. The techniques taught include: speed of intervention, moving through a hot, smoke-filled environment, using thermal cameras, extinguishing techniques, teamwork and rescue organisation. This gives the opportunity for tunnel operators, fire fighters and other professionals to experience and train in realistic situations, in a smoke-filled environment.