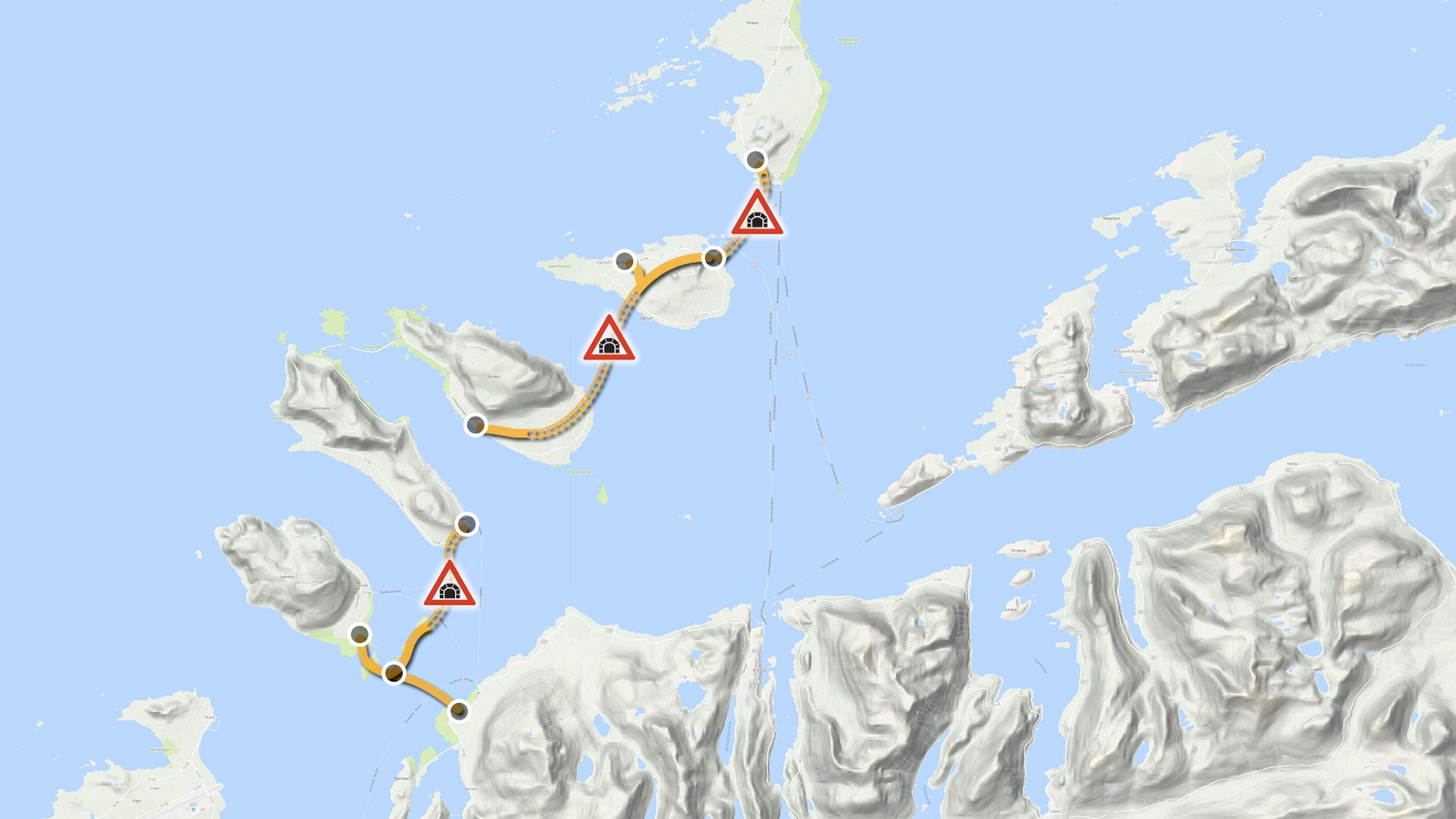 By
Arild P. Sovik Europe 2018-08-13 Hits: 1263
Haramsfjord tunnel (3.5 km), Nogvafjord tunnel (5.7 km) and Fjortoftfjord tunnel (3,7 km) in the Nordoyvegen tunnel project is a few steps closer to construction. The tunnels were initially planned with a 10 percent incline, but later reduced to 7 to 8 percent due to a growing awareness to the fire hazard in steep subsea tunnels.

The tunnels are still steep and need special attention when deciding the right safety systems, equipment and other safety measures. Reducing risk for fire is a high priority issue for these tunnels.

The final decision to build Nordoyvegen will be announced very soon, and preparation work has already started at construction site.

Skanska will win the construction contract, but only if the county council decide to finance the 5 billion NOK project. Nordoyvegen provides a mainland connection to around 2,900 people, linking approximately 10,000 inhabitants in municipal Haram and Sandoy closer together. Nordoyvegen will also help to enrich the business community in the region and make the northern islands a more attractive area to live in. These are also the benefits the politicians have to take into mind, when such large investments is made.

High incline before or in a tunnel give an increased risk of technical problems in heavier vehicles and is the main cause of fires in such tunnels. High speed, when driving into the tunnel, can increase this risk. Technical problems may be due to weaknesses in vehicles and/or lack of knowledge and experience (driver).

These conclusions have been made in Norway after several tunnel fires in Norway. Heavy vehicles are overrepresented in the statistics of fire in Norwegian road tunnels, and this is especially true for steeper tunnels. Technical problems was a more than twice a frequent cause of fires and instances of fires in heavy vehicles, than in light vehicles says the Institute of transport economics, Norwegian Centre of Transport Research. 40% of the fires in tunnels happens in tunnels with higher incline than 5%. Today, regulations and requirements for tunnel gradient in the tunnel are more stringent than ever, and this is an example where the tunnel owner had to return to the drawing board and design a tunnel that gives a lower gradient, with a lot more safety measures in and before the tunnels.

Nordoyvegen are seeking cost effective measures to reduce risk in these tunnels. The main issue here is that these tunnels not only represent a risk individually, but the risk increases when three tunnels come after each other. In this case, larger vehicles will have an increased strain on the vehicle several times, which in itself will lead to a higher risk for technical problems that can lead to a fire incident.

The project is divided into six contracts. Four pre-contracting contracts, one main contract and one contract for electrical work. The building started in September 2017 and the final road is planned to open in 2023.

Impressive project in the beautiful landscape on the west coast of Norway, north of Alesund.