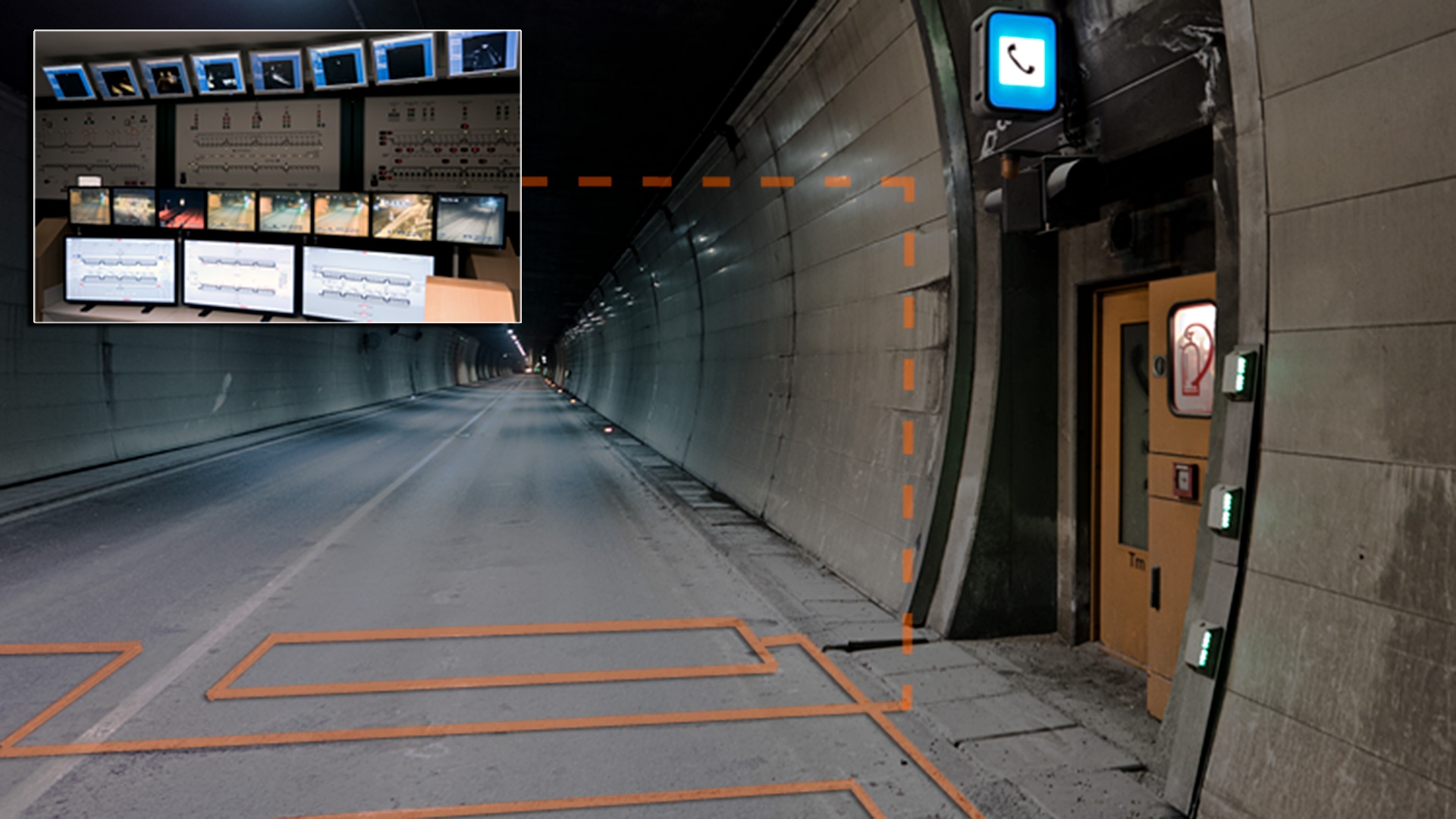 By
Arild P. Sovik Safety System 2018-03-18 Hits: 1397
Inductive loops have been used for decades to count vehicles, control traffic-lights, speed-control enforcement and other traffic applications. Inductive loops can be very reliable detection method when it is installed with a certain precission under-ground, protected and secured, deep under the road surface and not influenced by common problems for detection in traffic. Characteristics that is even more important in tunnels, in a hostile environment with a special need for reliable, available and maintainable safety systems.

There are always discussions about what kind of detection system is best for the individual tunnel. The main feature for a detection system is to give necessary attention to the SCADA1 system and The Traffic Control Centre when an important event occur in the tunnel. An event that is defined and need to be monitored or have an automatic response. Type of events is determined in risk analysis, and the risk analysis should always form the basis for these discussions. It is important that the detection system is reliable and do not cause false alarms. Some Traffic Control Centre monitors over 260 tunnels and are dependent on reliable systems that do not cause unnecessary attention.

Inductive loops are independent of weather and sight conditions, have no optical overlaps between vehicles, is reliable and independent of interferences and is a tried and trusted method for traffic calculation, in addition to a proven vehicle classification method.

In the beginning of 2000, Norway implemented inductive loops to check in and check out vehicles in several high risk road tunnels. The system was called TunSafe. The world longest road tunnel (24,4 km Laerdal tunnel) had this system installed for many years. The system gave a vehicle classification but also an accurate individual profile of each vehicle, and compared the results in both ends of the tunnels. Images was also taken of each vehicle and was stored in the system, easy available for the traffic control centre in case of incidents in the tunnel. The system had a check in and check out feature that gave full control of each vehicles in the tunnel at any given time, and deleted the images on check out. The system was promising but not maintained, and the application was removed from the last tunnel in 2011.

AVE Verkehrs- und Informationstechnik from Archen in Germany have developed a complete detection system by using inductive loops for detection of incidents (slow driving or broken down vehicles), direct measurement of travel time and traffic density and a vehicle check-in and check-out feature within sections in the tunnel. The system measures current number, type and speed of vehicles in tunnel segments and determines traffic condition. Incidents are detected directly, fast and unmistakable, and the measurement neither requires special equipment nor identifying information regarding the vehicles and never raises privacy problems. The general idea of the Mave-Tun system is if an event happens in the tunnel, this will always cause disturbance in the traffic and the system identify this change in traffic and give an alarm based on complex algorithms that identify type of event.

We have visited both Felbertauern tunnel, Elbtunnel and Western Scheldt tunnel that all have the Mave-Tun system installed. The tunnels distinct themselves by having special characteristics that influence safety, and the risk of major incidents. Felbertauern tunnel is a 5,3 km long single tube tunnel with climbs greater then 7% on both sides of the tunnel, that gives a high risk of large-vehicle-fires in the tunnel. The Elbtunnel has a length of 3,1 km and is located on the Bundesautobahn 7 in Hamburg, with more than 120 000 vehicles a day, and a high number of breakdowns, accidents and vehicle fires. The Western Scheldt Tunnel is a 6,6 km two tube sub-sea tunnel in the Netherlands that carries highway N62 under the Western Scheldt estuary between Ellewoutsdijk and Terneuzen, and is the longest road tunnel in the Netherlands.

The system is considered reliable in both Felbertauern tunnel and Elbtunnel, and the tunnel mangers and Traffic Control Centres have experienced that the system give the necessary identification of events and incidents for their purpose. The Western Scheldt tunnel have recently been under refurbishment and installed new safety equipment in the tunnel, including the Mave-Tun system. The tunnel manager claims that slow-moving vehicles, vehicles that are stationary and ghost drivers are all detected by the Mave-Tun system, and they also use the system to monitor driving behavior of individual vehicles, and to keep track on abnormal driving behaviour. These features in the SCADA system are now more reliable with the new Mave-Tun system.

1 A SCADA system is a Supervisory Control And Data Acquisition (SCADA) system, and the main control system in the tunnel and in the Traffic Control Centre.