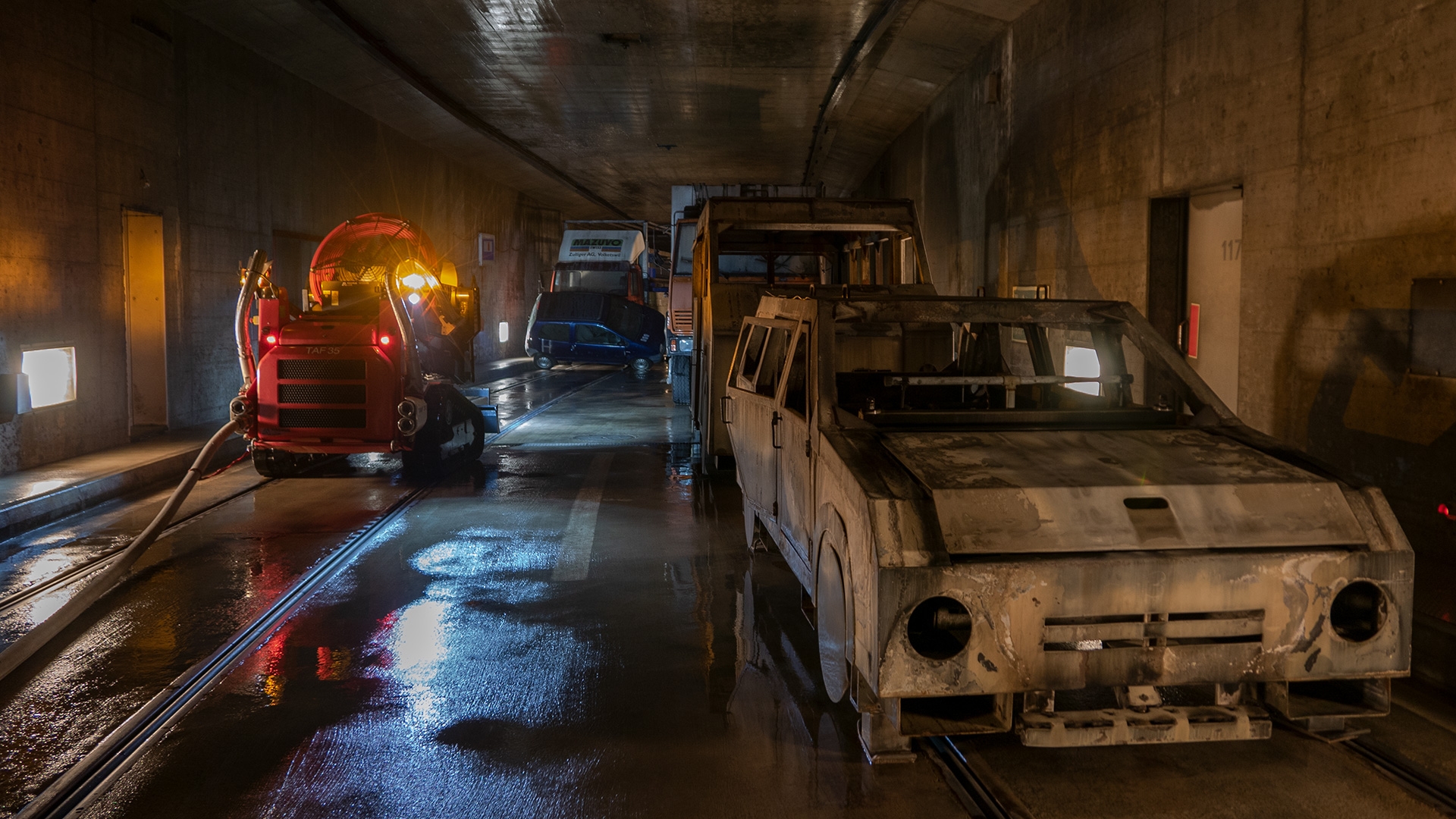 By
Arild P. Sovik Ventilation 2018-09-21 Hits: 1254
New research from Belgium conclude that mobile fans can be used for controlling smoke in tunnels. However there are limitations on how effective mobile fans is, but also the conditions that which is the basis for research. However mobile fans are so much more than a single fan, it can provide additional water, have adjustment options in height and be used to move vehicles and debris.

The main goal of the research in Belgium was to investigate in which situation the mobile fan can be used to improve the tenability conditions for fire brigade intervention in a tunnel. It is not uncommon that existing tunnels have no functioning tunnel ventilation system, and the condition of some existing road tunnels in Antwerp is very poor. The Fire Brigade Zone Rand (Antwerp, Belgium) owns a mobile fan for the smoke and heat control of large hangars and industry halls, and there was a need for further documentation of the effect that measure had for their needs in tunnels.

After the first part of the experiments it is concluded that in cases with no wind influence and limited inclination a L105 fan (effective air capacity of up to 600,000 m³/h) can be used in a shorter tunnel (> 1000 meter) for an intervention with one car burning with an estimated HRR of 5MW. Two mobile fans can also be used in intervention, then on a fire up to 30MW. The results are based on calculations done on under normal wind calm conditions and without obstacles (e.g. traffic jam). Obstacles or the wrong set-up can cause the back-layering length to be larger than in perfect conditions, and need to be taken into account. The use of multiple fans is preferable and is an option to be pursued in any case of fire in a tunnel. The deployment of the fans, whether parallel or in series, will depend on the conditions in the tunnel.

The research concludes that deployment of mobile fans seem a good option for improving fire brigade intervention in road tunnels. Due to the many tunnel specific parameters, it is advised to investigate which conditions of back-layering and heat flux can be expected for certain combinations of set-up of the mobile fans. For tunnels with an existing and working ventilation system dimensioned for a limited HRR, the research team says it will be interesting to investigate and deploy the mobile fans to improve the conditions after the fire brigade arrives on-site.

The full report can be found in the thesis for which this experiment was conducted:

The fire-fighting turbine Magirus AirCore is an example of such a robotic mobile fan. The robot was earlier this year tested in the International Fire Academy in Balsthal, Switzerland. It is a combined fan and water provider, proved to be efficient for big fires and big surface, especially liquid fires. The combination binds gasses and smoke and improves the visibility and safety. Furthermore this special robot provides much faster heat absorption compared to current methods and is easy and safe in use. The benefits in a tunnel situation is that it is possible to raise the robot to the celling level, and reach areas behind obstacles with both ventilation and water. The tests in Balsthal impressed us with the capabilities to provide different kind of droplets (high pressure water), move obstacles and manoeuvre under cramped conditions in narrow tunnels.