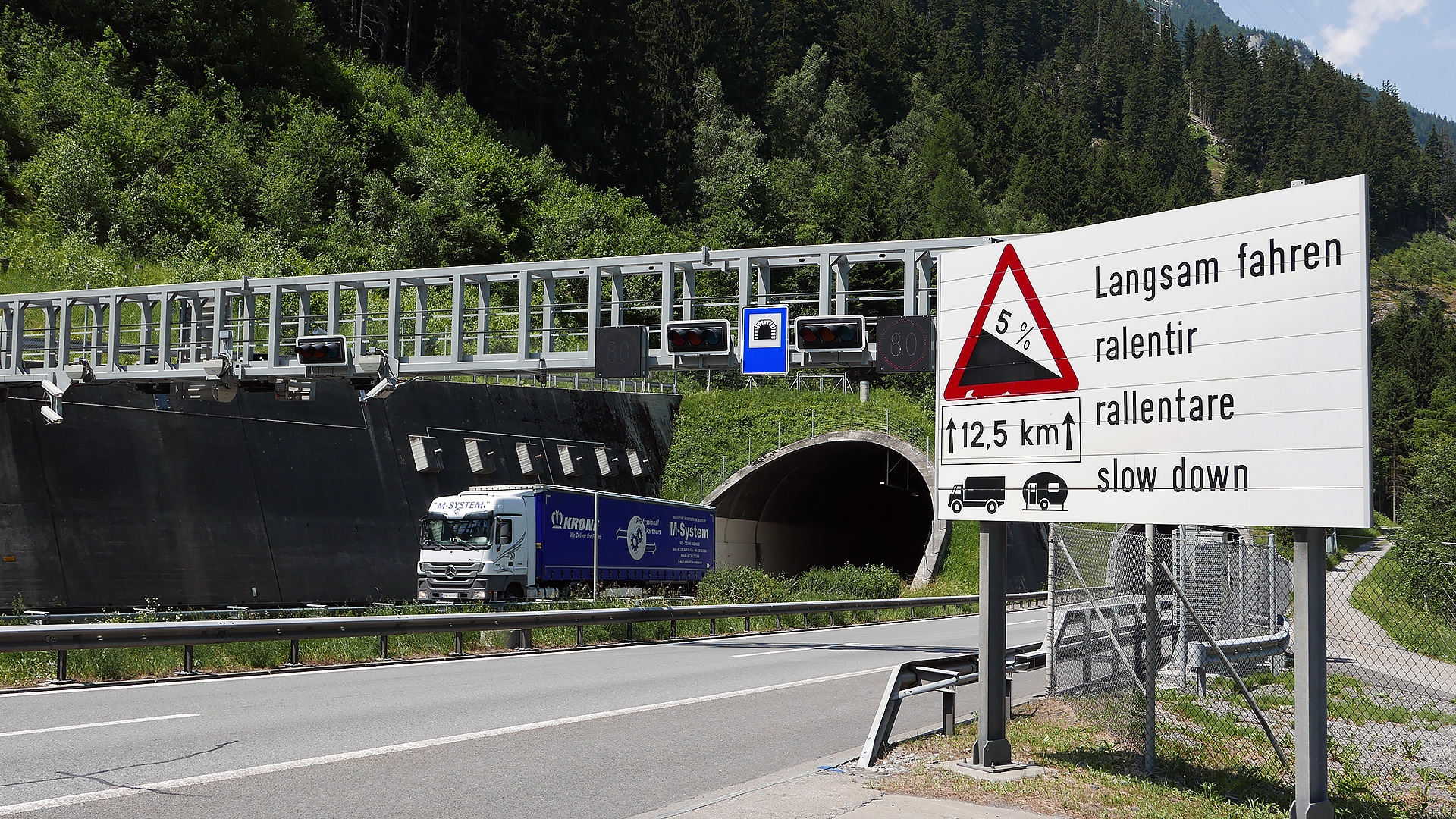 By
Arild P. Sovik Safety & Security 2017-12-15 Hits: 1337
A road tunnel represents the worst danger potential when it comes to heavy vehicle fires. Recent work from the Université de Lausanne by the honorary professor Jean Claud Martin focuses on this danger and the main causes of such fires.

The Swiss studies says that tunnel infrastructure, safety equipment and training level of emergency staff can influence the consequences. The studies focuses on the causes of heavy vehicle fires and mitigating measures to prevent or limit the consequences of such fires. The Swiss company Sick AG have done a significant development of equipment, systems and a database to make sure that mitigating measures have a maximum effect on the tunnel safety.

The studies from the Université de Lausanne says that fuel leak, oil vaporisation, electrical defect and friction are the four main causes of heavy vehicle fires.

The fire starts with fuel leaks over engine or then exhaust parts, this leads to a fuel vaporisation due to contact with hot engine or exhaust components, and a spontaneous inflammation of a mix of air and fuel starts the fire. In such cases there will be fast spreading of fire into to engine compartment and within minutes spreading of combustion gas and flames into the passenger compartment.

In cases of massive fuel spillage, like rupture of fuel tank caused by collision, it is the same mechanism for inflammation. A fire due to massive fuel spillage gives a fast spreading of flames producing large quantities of dense, hot and toxic smoke. In these cases there is a high risk that the fire spreads to other vehicles. A fire in Gotthard road tunnel in 2001, caused by frontal collision with massive spillage, killed 9 people by intoxication.

A rupture in a turbo loader can lead to lubricant to get in contact with hot exhaust components. Rupture in such components is unforeseeable. In these cases oil gets vaporised and mixed to the air and can lead to spontaneous inflammation of the oil vapour and air mix. Such a fire will spread fast into the engine compartment and a slower spreading of flames to the rest of the vehicle due to confined engine compartment.

A fire due to electrical defect starts by an electrical defect on a power line leading to a short circuit of the battery. A heat source like this is powerful and persistent and give a fast spreading of fire into the engine compartment and to the rest of the vehicle. Electrical defect can be detected by infrared sensors, before it starts to burn.

Heavy vehicle fire due to friction

A fire due to friction starts with friction in the braking system, bearings, clutch disk or tires that produces a heat, and when transmitted to a combustable component that enflames spontaneously. In such cases a fire can spread slowly to the entire vehicle. Friction can be detected by infrared sensors, before it starts to burn.

As a result of several large fires in the region and the work done by the Université de Lausanne, the Swiss road authorities has invested in several mitigating measures. Vehicle Hot spot Detection (VHD) is one of these measures.

The objective of a VHD system is to detect overheated vehicles, automatically. Heavy Vehicles that can catch fire or are in bad operating condition, and thereby a safety hazard for road tunnels.

By using several different well-placed detectors above and next to the road, the system can detect in both single lane traffic and in multi lane free flow traffic. The system contains of light barrier, photo camera, laser scanners and IR cameras.

The system scans the vehicle and produce a 3D model, to recognise the type of the vehicle and the parts of the vehicle. The IR cameras gives a heat print that can be transformed into the digital 3D model. After several years, the system have build up a significant database of expected temperatures for the different parts of heavy vehicles. The 3D heat print is evaluated in a fraction of a second towards the database, and if parts of the vehicle exceeds temperature limits, the vehicle is detected as a safety hazard. A heavy vehicle that is detected as a safety hazard can be diverted and be assisted by staff and/or given necessary notification about the vehicle conditions.

How to deal with a heavy vehicle that represent a safety hazard can vary from one tunnel to another, and it depends on the safety strategy, road network, available staff and available areas. This system will function well in a strategy that is not depended on a staff, present.

An interesting fact from the Swiss studies is that vehicles that has a problem with overheated parts doesn't need to be detected in a steep climb or a similar stressful condition, but will have a higher temperature anywhere on the road infrastructure. This rises questions if there should be more detection along the road network, and how such a measure will give a higher degree of safety for the road network in general.

We have visited the Gotthard road tunnel, that has a well functional VHD system. The system have contributed to prevent severe tunnel fires, and is valued as one of the most important safety systems in one of Europes most vulnerable tunnels, in terms of heavy vehicles fires.