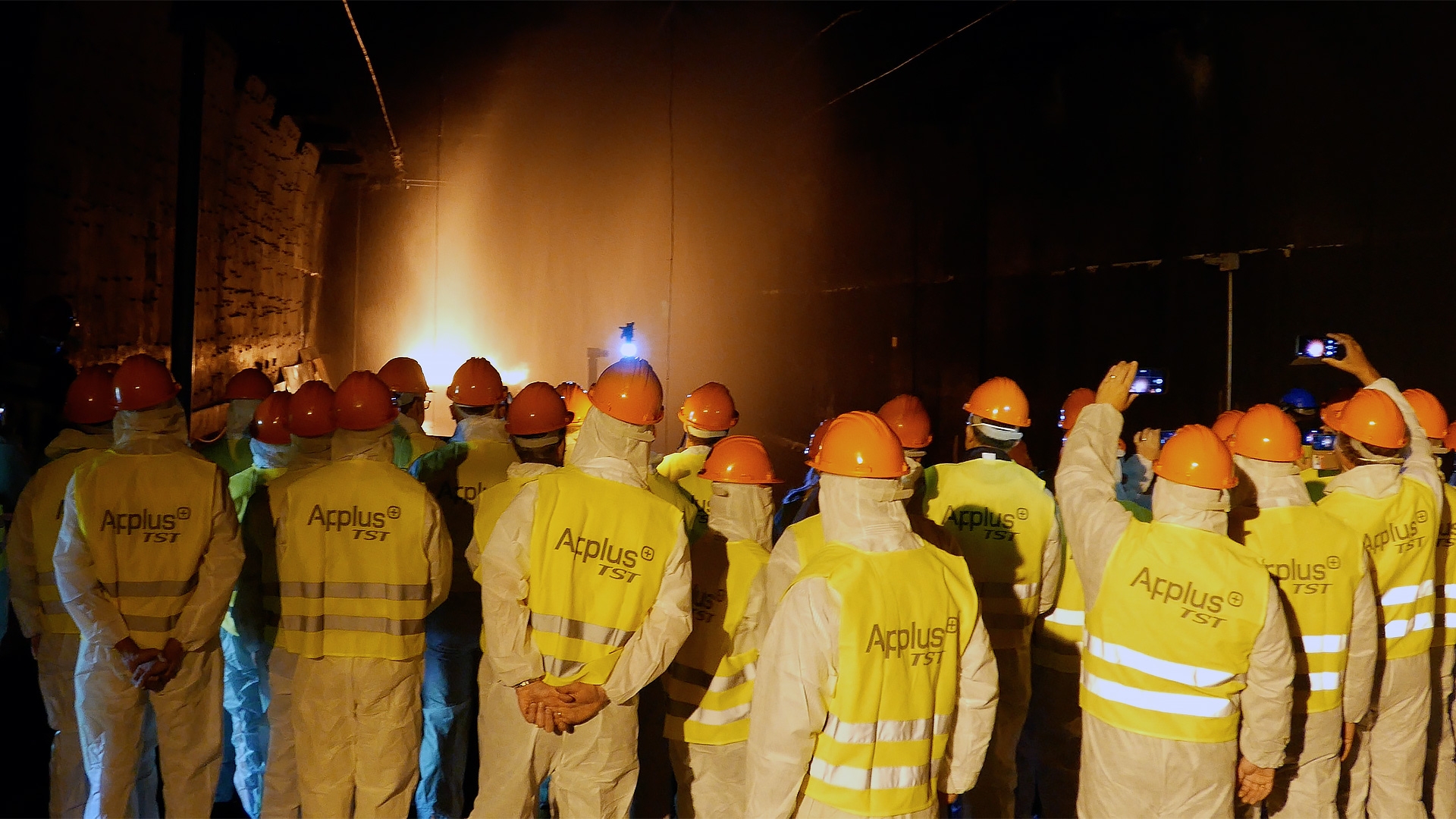 By
Arild P. Sovik Education & Training 2018-05-29 Hits: 1584
The Tunnel Fire Training and test centre, Centro Experimental "San Pedro de Anes" has long traditions in carrying out full scale fire tests, and has been a valuable partner in important tunnel fire research programs in Europe.
The Experimental Centre is located in a 142.000 m2 property in the municipality of Siero, in the northern Spanish region of Asturias, close to the AS-1 motorway, and at a distance of 22 km from Oviedo and 15 km from Gijón.

The centre was stablished in September 2005 and built on an area previously occupied by the San Pedro station, which was part of the old railway used to transport the coal mined in the Langreo basin to the Gijón port. Indeed, the access to the new facilities is through the old San Pedro tunnel, the oldest train tunnel in Spain.

Following activities are done on this facility:

The test tunnel enables to carry out tests at a real scale in controlled conditions, for research and validation activities on:

The fire gallery is 150 m long, with two diferent fire areas, 8 exits (same, upper and lower level), and can carry out full scale fires up to 15 MW.

A high capacity and configurable data acquisition and control system is installed along the tunnel, and is used both for taking and recording data from instruments and images during the tests, and for controlling the different ventilation systems. This includes a distributed control system with 15 Monitoring and Control Stations, fiber optic, uninterrupted power supply and all units are connected with a Central Control Station through a redundant fibre optic loop.

Recently has Applus+ expended its facilities to include a ventilation test furnace, to be able to carry out tests in a certified way on all types of smoke and heat control fans for tunnels. The furnace is used to tests fans which in case of fire would be entirely exposed to high temperatures, as it is the case of the jet fans. The test chamber is an enclosure of 10.66 x 4.16 m in layout, and 3 m high. It is adequately protected in the inner side, and has an internal air recirculation system and a gas burner with a power of 1400 KW.

Applus+ has also available a hot air recirculation circuit to tests fans in which only the inner part has to withstand high temperatures.

The instructors have more than 20 years of experience as fire-fighter officers in tunnel training. The facilities has been improved over the years and consists of:

An impressive training and test facility and organisation, in the North of Spain. A test centre interested to do additional investments to become an even better partner for key stakeholders in the industry.