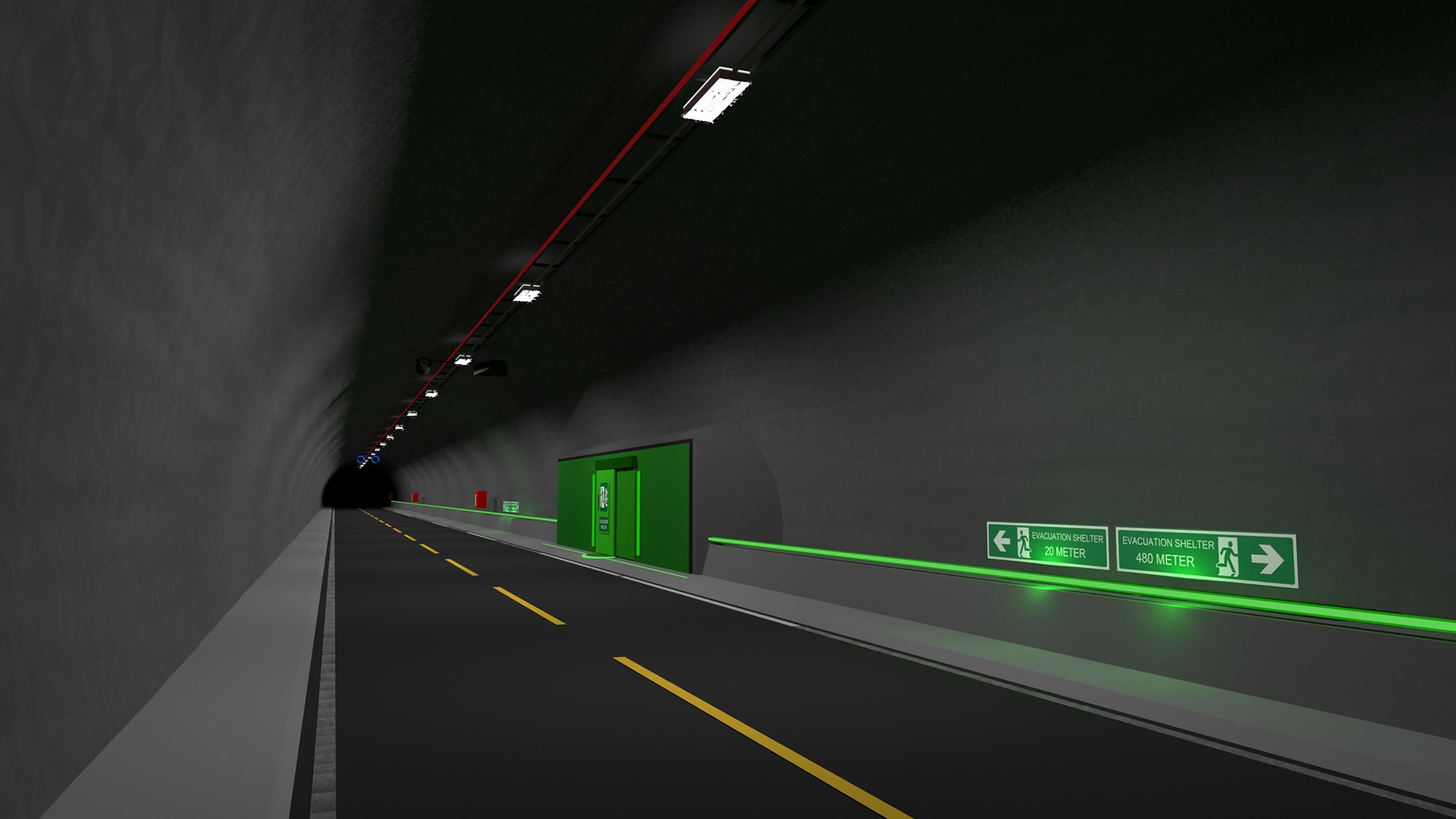 By
Arild P. Sovik Research & Standards 2017-12-03 Hits: 1937
A literature survey seeks to acquire and compile knowledge that can enhance self-rescue for people in a critical situation during a tunnel fire in long bi-directional single tube road tunnels.

The literature survey includes experiences with the use of rescue rooms in road tunnels, rail, metro, construction phase of tunnels and underground workplace facilities, mining industry, and comparable businesses where distance to safe area is long, as in offshore oil installations and high buildings.

The assignment is given by the Norwegian Public Roads Administration and the report is a result of the ongoing strategy work that started after several large tunnel fires in Norway. The report is made by the Norwegian research organisation SINTEF, and is one of Europe’s largest independent research organisations. The authors are Gunnar Deinboll Jenssen, Isabelle Roche Cerasi, Asa Snillstveit Hoem and Eivind Grov, well known researchers within construction, infrastructure and safety issues.

The survey describes experience and knowledge based on actual fire incidents, full scale tests or simulations. The main objectives of the study is to gather experiences, and seeking possible requirements and design features for evacuation-rooms and self-rescue measures in the tunnel.

Questions have been raised about the self rescue principle and if the principle is valid in all cases. Conclusions have been made, and measures needs to be investigated and maybe implemented.

Rescue rooms are not permitted today in Norwegian road tunnels according to the tunnel regulations. It is in line with the EU's safety guidelines in tunnels and the EU-directive do not allow the use. In this regard, it is important to prove that such solutions are safe to implement.

It has been documented that rescue rooms have increased the opportunity to survive in the Oslofjord tunnel, in the fire incident in 2017. The strengths and weaknesses of the established rescue-rooms and the self-rescue measures in the tunnel has been investigated. The work provide the basis for designing more reliable solutions. Rescue-rooms is important for self-rescue and this is documented in the mining industry and in the construction phase of tunnels, where at least 22 people have saved their lives from 2007 to 2017.

Rescue-rooms in a road tunnel must of course be designed for the proper amount of people, and have installations, safety equipment and interior that is proper for people in a distress situation. The solution need to be integrated into the tunnel, and easy to find (as illustrated).